Home
Products
About Us
Factory Tour
Quality Control
Contact Us

HYCM-tower crane company is a good supplier. They had helped me in many ways. And I like to use their machinery.

I bought three luffing tower cranes from them. They are all in good condition. And their workers are nice, passion and responsibility.

I'd like to talk to their salespeople, which help us to find the suitable tower crane, and supply us good aftersales service.

Specifications for Hot Sale QTP6518 Fixed 10ton Topless Flattop Tower Crane 4ton@40m Jib
FAQ for Hot Sale QTP6518 Fixed 10ton Topless Flattop Tower Crane 4ton@40m Jib
Q1: What is the Warranty for tower cranes?
A1: For the tower cranes, we can supply 1 year warranty. If there is quality problem of any parts (excluding easy worn spare parts) on our side during this period, we will supply a new one by free for replacement.
Q2: What is the mean of QTP for tower crane model? And please illustrate.
A2: QTP is classified according to China National Standard.
“Q” is the acronym of Crane in Chinese language (Qing Zhongji);
“T” is the acronym of Tower head type in Chinese language (Ta Shi);
And “P” is the acronym of topless in Chinese language (Ping Tou).
For example: QTP40 (4810) means topless tower crane, the rated lifting moment is 400 KN.m (40 is 10-1 of the rated lifting moment). The working jib length is 48 meter and tip load is 1.0t when jib length is 48m.
Q3: What are the optional parts for your tower cranes?
A3: 1) Anemometer
2) Air conditioner for operation cab
3) Black box for operation cab
4) Remote control
5) Full VFD (Variable Frenquency Drive) control
Q4: How many types of foundation for your tower crane?
A4: The most popular types of foundation are Cross-beam type, Well-shaped type, Base with ballast type and Outrigger type.
By the way, our commonly used one is Cross-beam type. If you need any other type, please let us know when you make the order. Thanks!

 In 2004, HYCM-TOWER CRANES planned to extend a new manufacturing plant covering an area of 30,000㎡.

 In 2005, the whole company is moved to the new manufacturing plant in Zheshan Industrial Park.

 In 2008, HYCM-TOWER CRANES won the certificate of “Contract-honoring & Promise-keeping Enterprise” issued by Jinan Administration for Industry and Commerce.

 In June 2008, HYCM-TOWER CRANES obtained the independent right of import and export for international trade.

 In 2010, it obtained the trademark “HYCM-TOWER CRANES” from State Trademark Bureau.

 In July 2010, Huiyou leasing company was founded in Tangshan.

 In July 2010, the second manufacturing plant covering an area of 50,000㎡, was founded in north of Shuangshan Road 5181, Zhangqiu Economic Development Zone.

 In 2011, HYCM-TOWER CRANES is elected to be one Vice President Unit of the First Session for Tower Crane Association in Zhangqiu City. 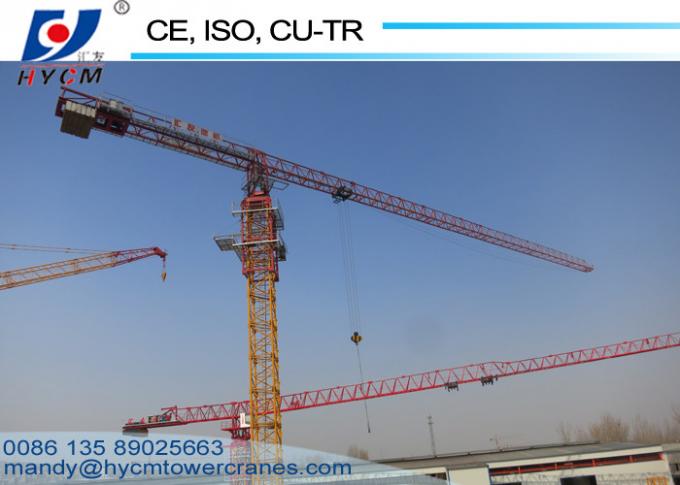 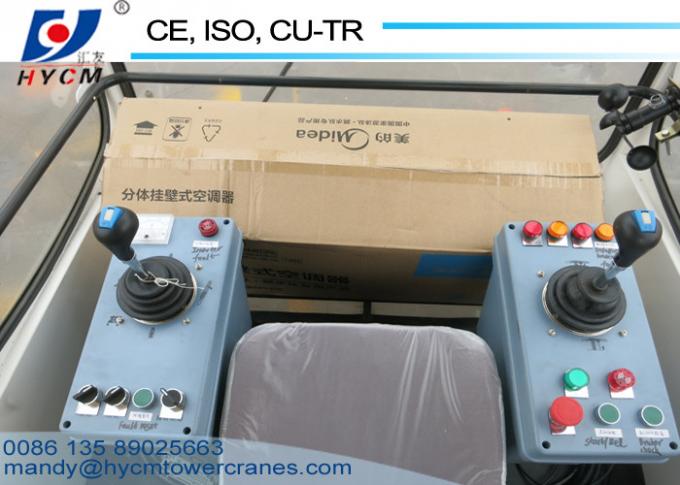 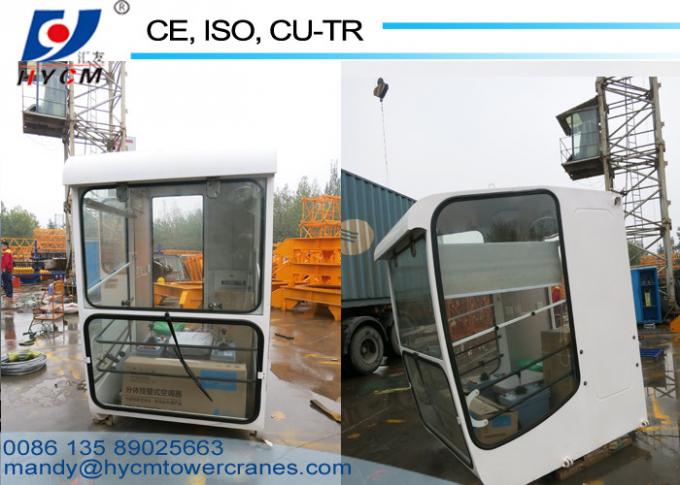